The economy has been prosperous since the great recession of 2008. We are seeing thousands of new millionaires created every year. In fact, there are an estimated 36 million millionaires worldwide! Collectively, they make up less than 1% of the world’s population, but this isn’t the case in the United States. In the US, they represent over 6% of our population. Did you know becoming a millionaire may not be as hard as you thought? There are a few different ways people have become millionaires – most of which involve sacrifice, but not always.

Most of the newly made millionaires do not come from generations of wealth. Instead, they are people who work hard to acquire their fortune. In fact, only a quarter of new millionaires inherited their wealth with “a small million-dollar loan from their parents”. The remaining three quarters of people had to achieve their wealth on their own. 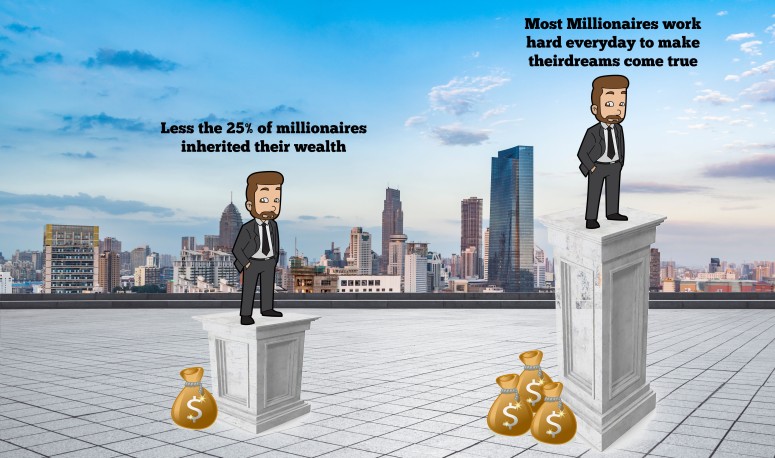 These people fall into a few different categories.

This is the formula that you’re taught in school. Go to college, get a good job, and invest 10-20% of your income into a retirement plan and then one day, when you’re old, you’ll be a millionaire. While this strategy may be true and work out fine for some, and it requires the least amount of work if you do it right, the problem is you’re not a millionaire until you are in your retirement years. Also, you have to be making a good amount of money to make this work and religiously put away 10-20% of your income.

You also cannot put yourself deep into debt, as this will hurt your overall net worth and eat away at your investment returns as your pay for the interest on money you borrowed. Even if you use this strategy, you could have a bad year like 2008 where your money is slashed in half and your net worth drops dramatically.

This strategy involves a person already having the mindset that they have this money in hand. These people live as though they made their millions yesterday as they try to acquire them. Generally, these are highly skilled people who are very confident in themselves. So, think of people like movie stars, athletes, quick-talking salespeople, etc.

They are so confident in themselves that sometimes these people strike gold and do very well, but they are also competing against many people who are trying to do the same. This category also often sees the highest amount of failure by people who looked as though they would have life-long success. Did you know that about 60% of NBA players go broke after their time playing sports? There have been big cases in the news of various superstars like Adrian Peterson and Nicholas Cage having to pay off millions in debt.

This category is good for people that are confident in their skills. Generally, their lifestyle can attract people to them which can in turn make them fortunes – but they also attract those who do the opposite. So, watch out if this is the style you’ve chosen to accumulate your millions. 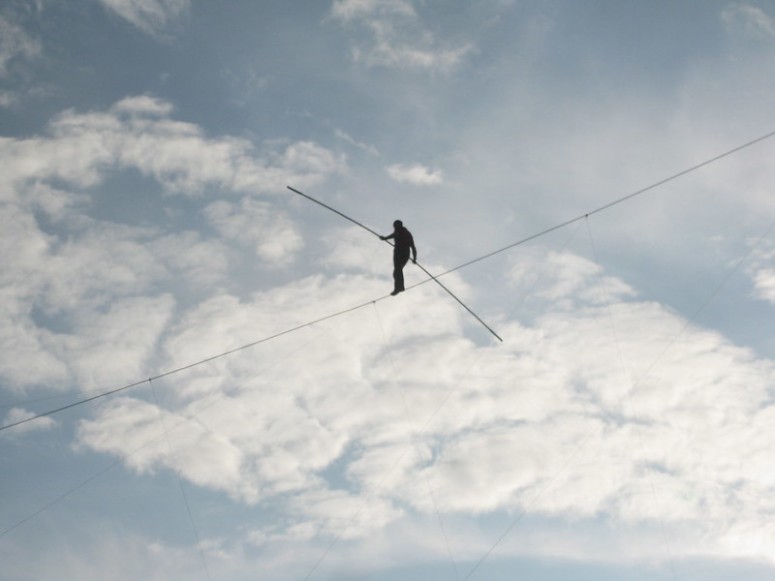 The fast way involves creating a plan for your money to work for you, through paths such as investments or businesses. This is somewhat like the slow growth path, but it can be accelerated with a great plan. The person who creates value for their customers will create a business that keeps on going through thick and thin. That’s why the fast way allows those people to become millionaires at a faster rate.

Many people start businesses and become successful, but great businessmen create great business plans that allow their companies and businesses to thrive far after they are gone. What often happens is when someone who creates a business decides to leave, they find that the company they had worked so hard to create begins to fail – and that’s because they were the business. Without that person, the machine can’t keep operating. The people who successfully do the fast way can create value for their customers and make sure that their successors will do the same with a rock-solid plan.

There is no single way to become a millionaire and there are seldom easy ways. Most routes you take on this journey will take time and persistence. It typically won’t happen right away unless you get a small million-dollar loan to start off, then that would definitely be the fastest way. All jokes aside, there is no one right answers. If you are looking for some further inspiration, I would definitely check out the book Think and Grow Rich: The Landmark Bestseller Now Revised and Updated for the 21st Century (Think and Grow Rich Series)

and get the book as early as tomorrow!

Disclaimer: this is not investment advice. This is for information purposes only.