Below is a top-ten list of our most liked inspirational quotes in May from our Instagram page and a few facts behind each of these influential people. 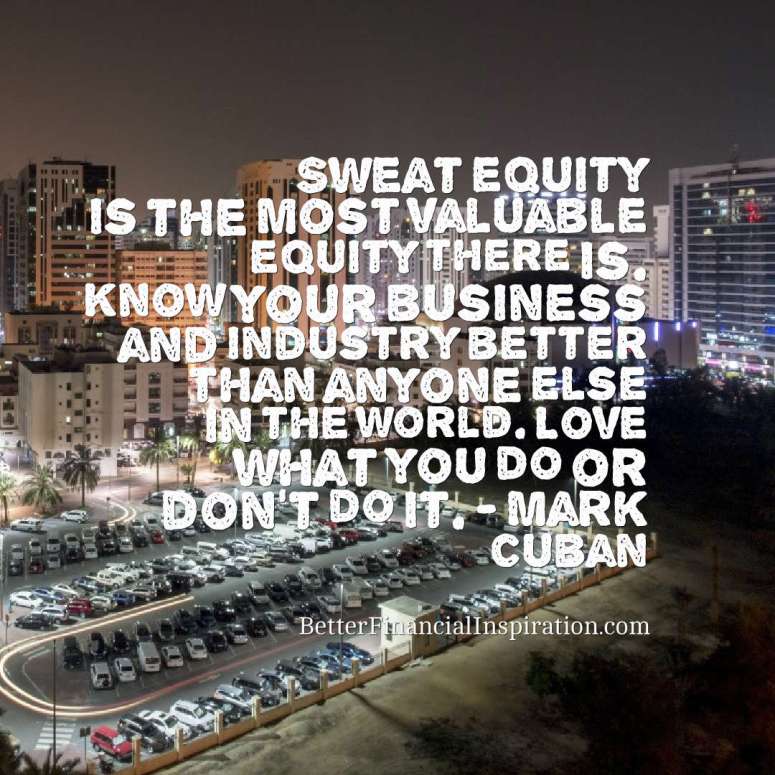 “Sweat equity is the most valuable equity there is. Know your business and industry better than anyone else in the world. Love what you do or don’t do it.” – Mark Cuban (31, July 1958 – Present) Well known as one of the co-hosts of Shark Tank, Cuban is an outspoken entrepreneur and the owner of the Dallas Mavericks. He has had an entrepreneur mindset since he was a kid. He started a successful business when he was in college that ran into some legal trouble. Check out his great book How to Win at the Sport of Business: If I Can Do It, You Can Do It

for information from Cuban. 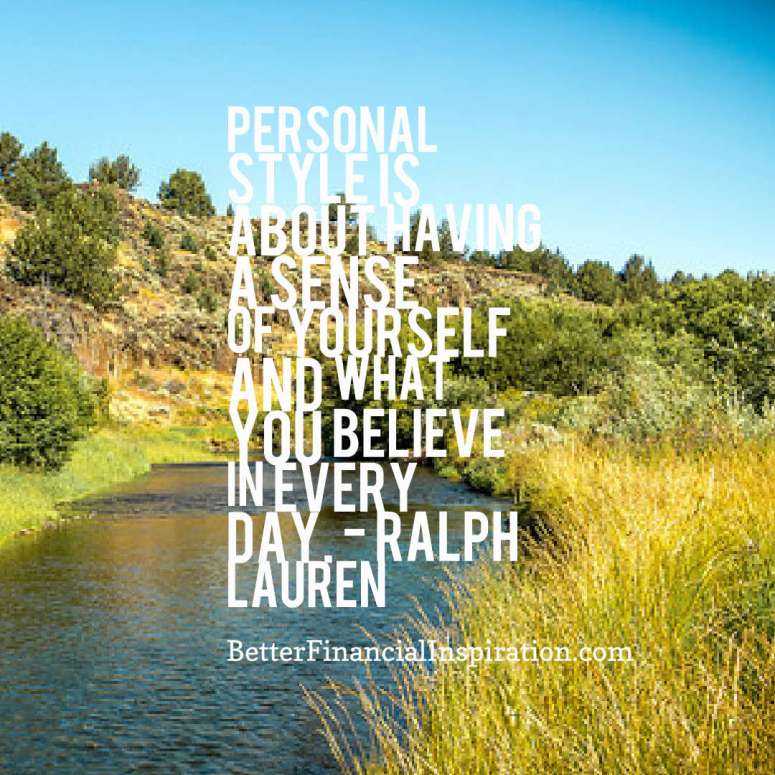 “Personal style is about having a sense of yourself and what you believe in every day.” – Ralph Lauren (14, October 1939 – Present) Lauren is a fashion icon that had a tough route to becoming the man he is today. You can learn more about his route from rags to riches in our recent article on Lauren’s life and journey.

“Chase the vision, not the money. The money will end up following you. – Tony Hsieh (12, December 1973 – Present) Hsieh is a Chinese born American entrepreneur and venture capitalist. His smarts landed him in Harvard where he obtained a degree in computer science. He is currently the CEO of the online store Zappos. Before his online store was born, he created an internet advertising network call Link Exchange. He sold this company to Microsoft for a cool $265 Million in 1998. If you would like to learn from this computer and entrepreneur wiz, check out his book Delivering Happiness: A Path to Profits, Passion, and Purpose 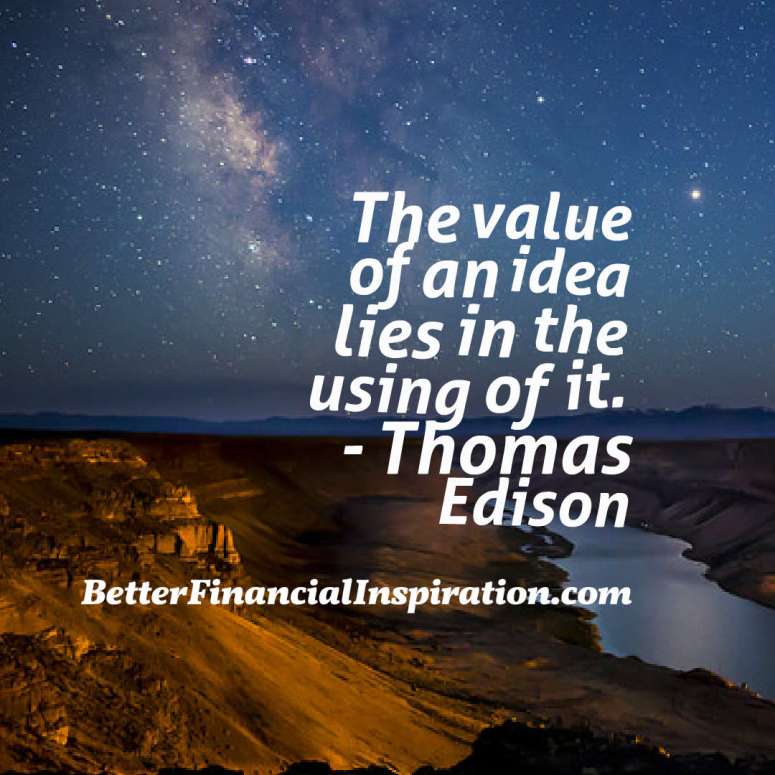 “The value of an idea lies in the using of it.” – Thomas Edison (11, February 1847 – 18, October 1931) Edison was an American businessman and inventor. He invented and sold many world-changing items, such as the motion picture camera, the long-lasting electrical light bulb, and many more. America may have ended up a different place without Edison’s knowledge and prowess. Check out The Quotable Edison

for more on this American legend.

“Whatever you pay attention to grows!” – Kevin O’Leary (19, July 1954 – Present) Best known for his role on the hit series Shark Tank, Kevin is an author, businessman, and head of the O’Leary funds. Kevin takes calculated risks to ensure his net worth continues to rise. If you would like to know more about this shark check out Cold Hard Truth: On Business, Money & Life

“The starting point of all achievement is desire” – Napoleon Hill (26, October 1883 – 8, November 1970) Hill was an entrepreneur and best-selling author. He is best known for his self-help book Think and Grow Rich

. Later in his life, Hill wrote that the turning point of his life had been an assignment to interview the industrialist and philanthropist Andrew Carnegie – founder of Carnegie Steel Company, which later became US Steel. I highly recommend that people looking to start a business check out his work. He has inspired many entrepreneurs and continues to do so today.

“It’s very easy to be different but very difficult to be better.” – Sir Jonathan Ive (27, February 1967 – Present) Ive is an industrial designer, CDO of Apple, and chancellor of the Royal College of Art in London. Jonathan has designed may of Apple’s hardware and software products. He has been awarded on many occasions for his great design achievements. If you would like to learn more about Jonathan Ive, check out the book Jony Ive: The Genius Behind Apple’s Greatest Products

“You are wise when you listen, especially to people with experience.” – Lori Greiner (9, December 1969 – Present) Greiner is an entrepreneur, inventor, and television co-host on the great series Shark Tank. She is known as “the queen of QVC” for her great successes there. Lori has invented over 600 products and continues to help up-and-coming entrepreneurs do the same in order to make their dreams come true. Check out her book Invent It, Sell It, Bank It!

to learn more about how Lori has become so successful.

“You’ll often find it’s not mom or dad, husband or wife, or kids that’s stopping you. Get out of your own way.” – Robert Kiyosaki (8, April 1947 – Present) Kiyosaki is an American entrepreneur and author. He is the founder of the Rich Dad Company, which is a private financial education company. He also created a board game named CASHFLOW Board Game

to help people learn how to manage their money and get out of the rat race. He is the author of one of my favorite books, Rich Dad Poor Dad: What the Rich Teach Their Kids About Money That the Poor and Middle Class Do Not!

“>Rich Dad Poor Dad: What the Rich Teach Their Kids About Money That the Poor and Middle Class Do Not!, which is both an inspirational and educational book. In his book, Robert teaches us lessons he learned from both his “rich dad” and his “poor dad”. 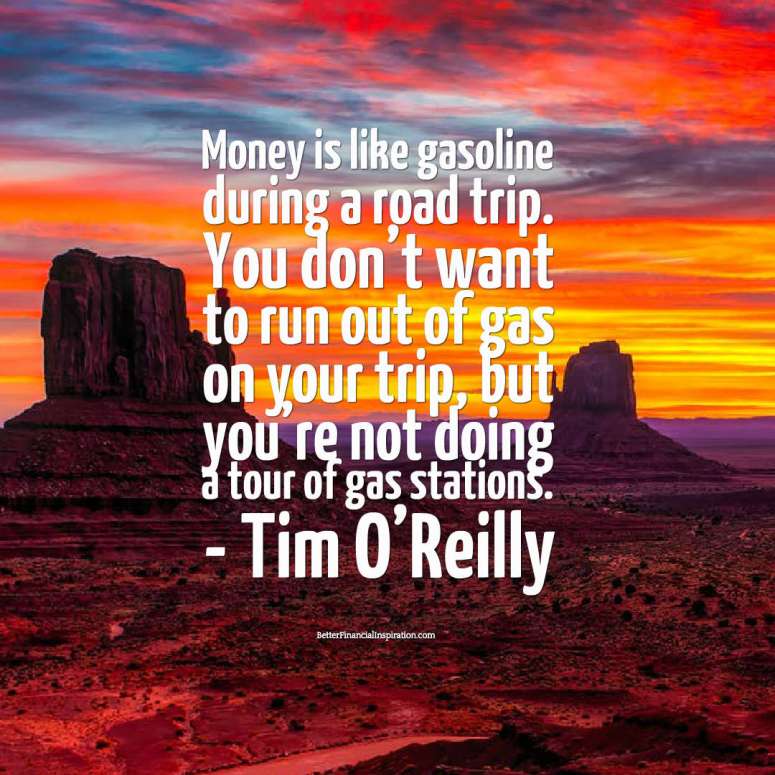 “Money is like gasoline during a road trip. You don’t want to run out of gas on your trip, but you’re not doing a tour of gas stations.” – Tim O’Reilly (5, June 1954 – Present) O’Reilly is a musician, writer, and the founder of O’Reilly Media. He was born in Ireland and moved to California as a baby with his family. He began to write and adhere to the teachings of the general semantics program after becoming a follower of George Simon. In 1973, Tim went to Harvard College and graduated in 1975 with his bachelor’s degree in the study of classics. In 1983, he began writing computer manuals and started a business out of a converted barn in Newton, Massachusetts – which he would later move to California. He wrote his best-seller The Whole Internet User’s Guide & Catalog

in 1992. He sold his online catalog in 1995 and, after the dot-com bubble burst in 2000, he restructured his company in order to maintain its success in a decreasing market. He now serves on the board of several companies and remains a success.

If you see a book on here you like, but don’t have time to read it Try Audible and Get Two Free Audiobooks